This weekend is the Toronto Comic Arts Festival! The guest list is positively insane. So many amazing artists from all over the world!

I’ll be at TABLE B4 (on the first floor), and will be debuting my new mini-comic called Starbunny, Inc. and giving out free stickers with each purchase! 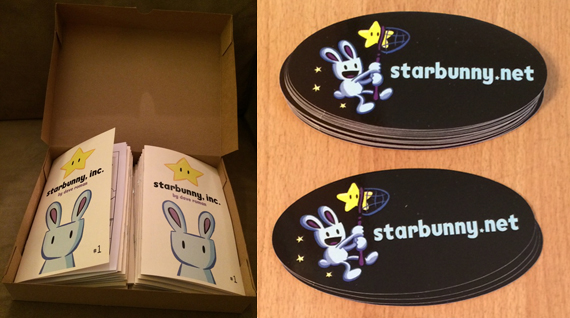 I’m also involved in some cool programming you will want to check out!
**Be sure to note that programming is spread out amongst two separate buildings.

On the occasion of the much-anticipated release of The Return of Zita the Spacegirl, join creator Ben Hatke to welcome her back! Ben will be joined by author and artist Dave Roman (Astronaut Academy), and they will both present from their newest works.