The Variant Stage at NYCC. 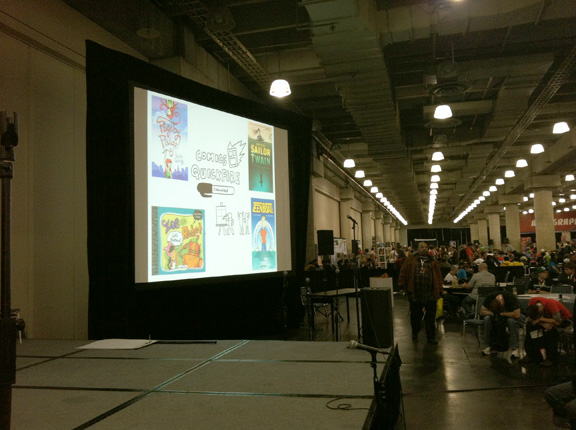 Two volunteers were chosen to create competing teams that each had to draw and draw a 4-panel comic inspired by suggestions from the crowd. 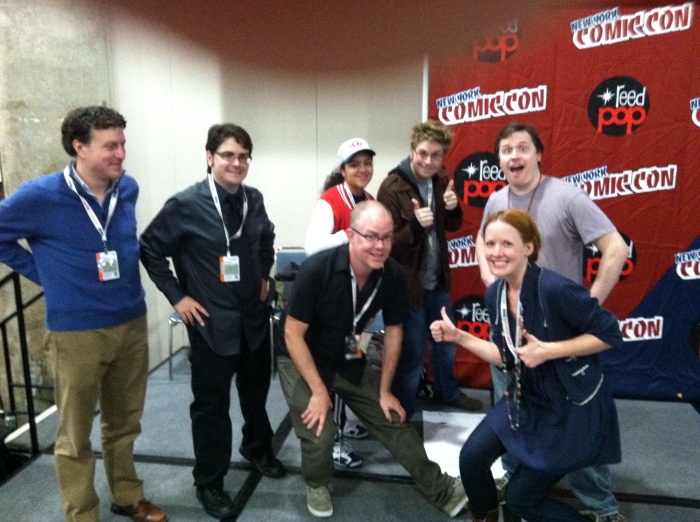 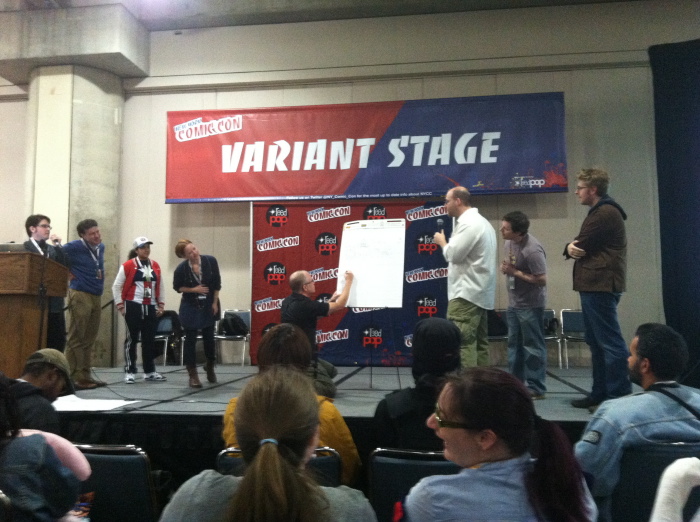 Leader of Team 2 draws the conflict 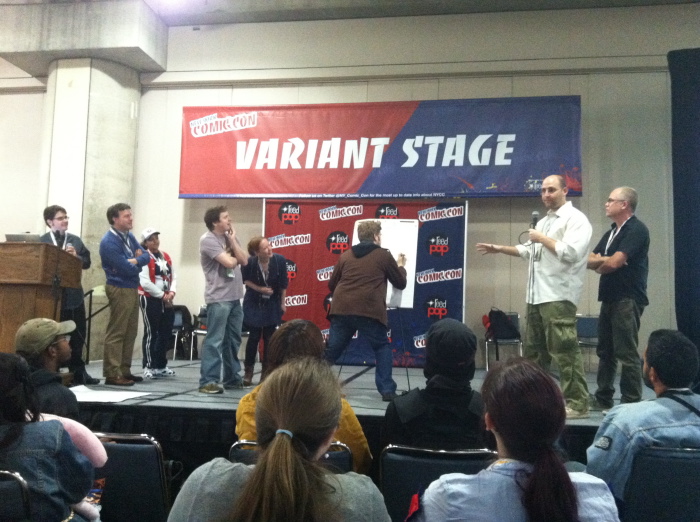 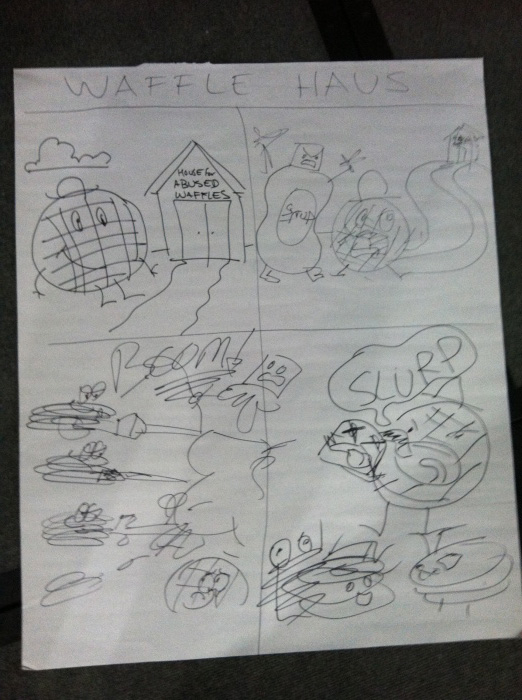 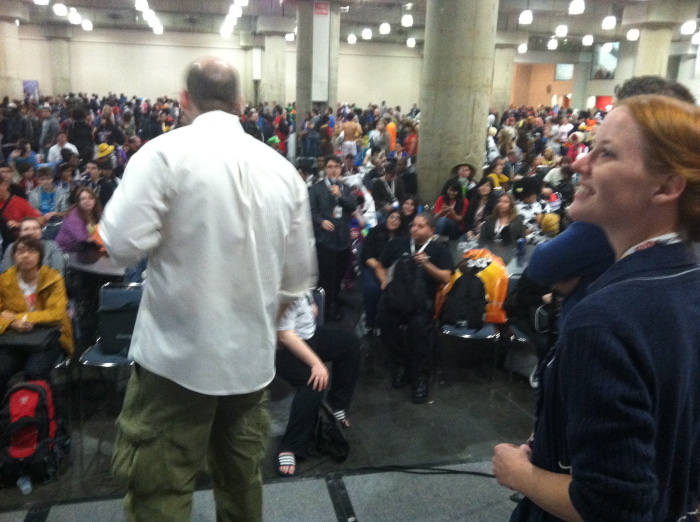 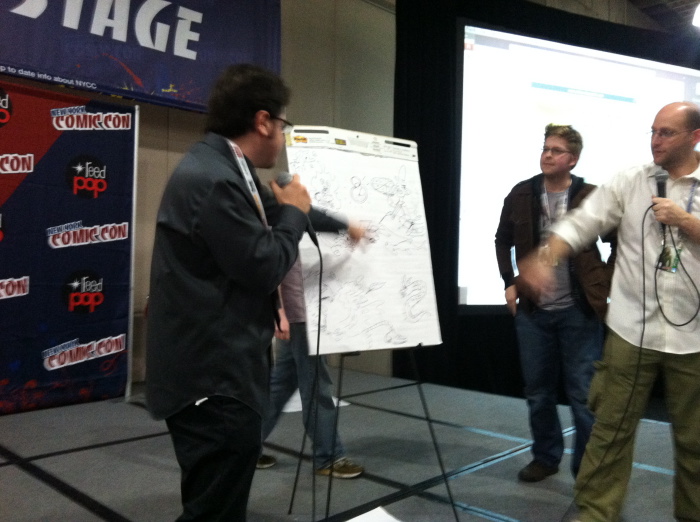 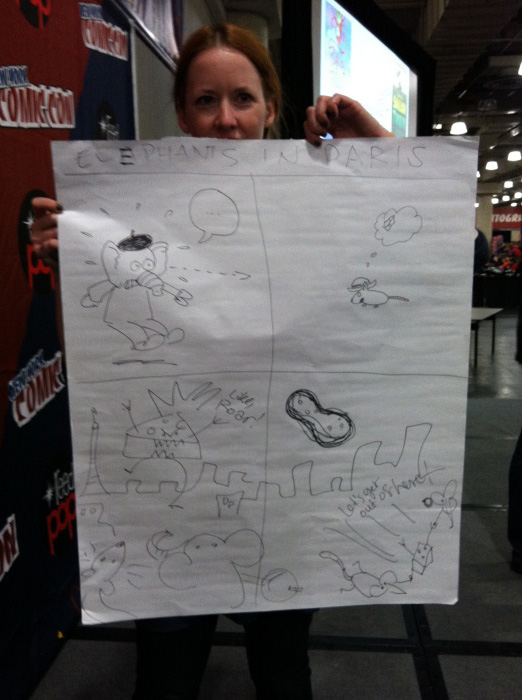 It features giant cheese attacking Paris, and a surprising friendship between elephant and mouse.

The audience votes on their favorite comic 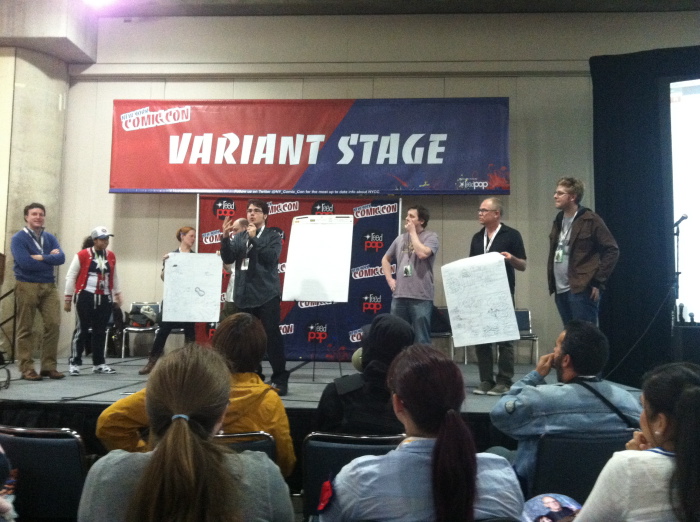 At the end was the EPIC DRAW, which featured 15 elements suggested by the audience and drawn in just a few minutes by all of us in a flurry of markers. 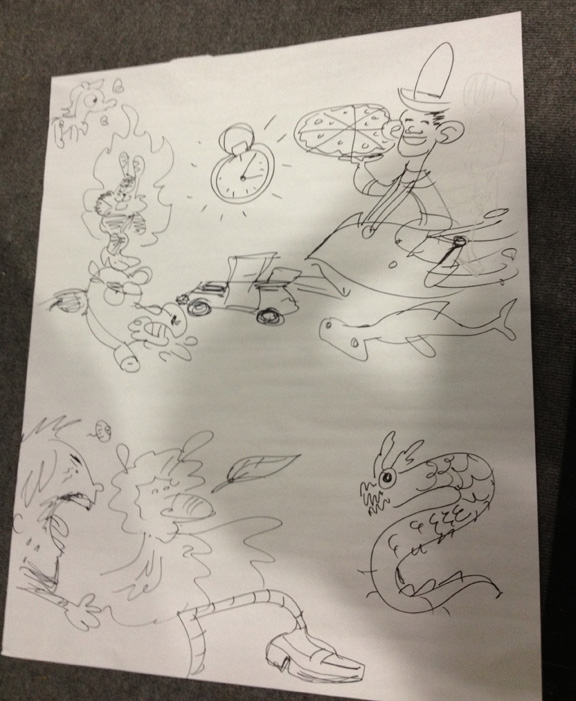 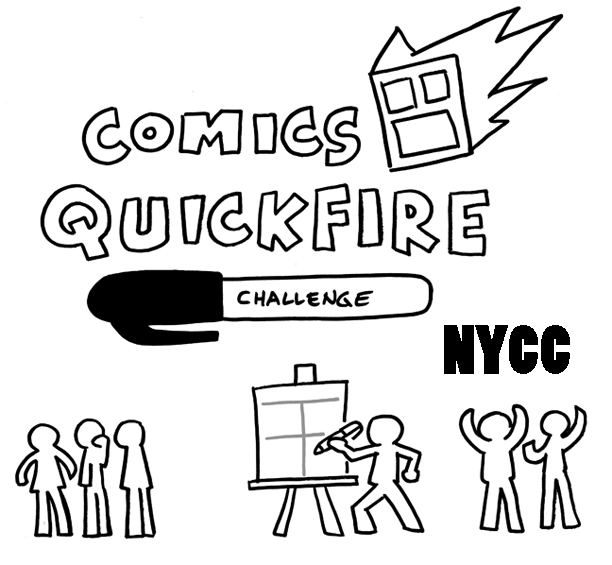 Check out photos & videos from the Comics Quickfire! at TCAF 2012