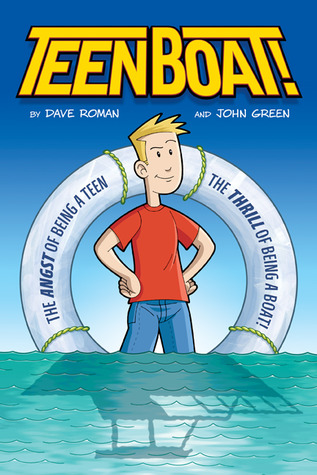 Teen Boat! is the story of a boy with the power to transform into a small yacht, combining the angst of being a teen with the thrill of being a boat!

To get the attention of the popular girl, Niña Pinta Santa Maria, high school student Teen Boat (yes, that’s his name) forsakes the advice of his best friend and lets the school bully throw a boat party on him in international waters. But when an encounter with pirates leads to detention, TB, as his friends call him, questions if his powers of buoyancy are a blessing or a curse. All the challenges of being a teenager are given a nautical twist, such as classroom politics, afterschool jobs, getting a driver’s license, and breaking out – only in barnacles instead of pimples. Being a teen and being a boat means dealing with a lot of pier pressure!

Read an exclusive preview of the book at TeenBoatComics.com

One of USA Today’s top 10 pop culture picks of the week! 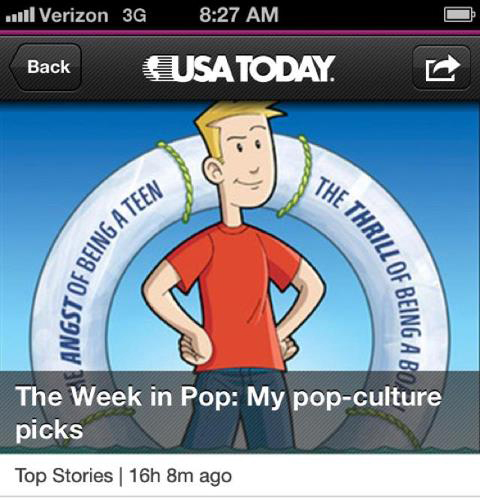 “Teen Boat! is a damn near perfect comic. Green is a natural cartoonist, with pitch-perfect storytelling and design, and Dave Roman is an amazingly gifted writer.”   –Alex Cox, Rocketship Comics, Brooklyn, NY

“One of my favorite webcomics.”    –Rick Marshall, MTV Splashpage

“I love the Teen Boat!…It’s a teenager that turns into a boat. Now, that’s a million dollar idea!”     –James Kochalka, American Elf