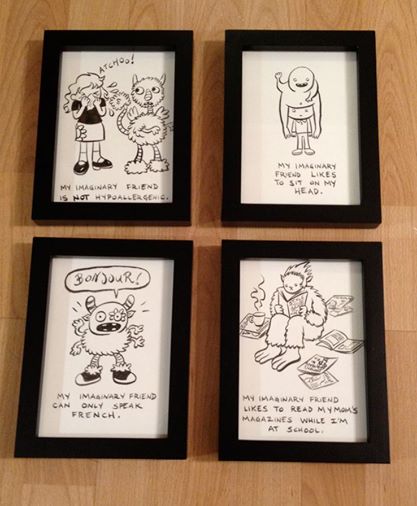 I created some new art for the Imaginary Friends show at Gallery Nucleus. It’s in conjunction with the new book by Dan Santat called “The Adventures of Beekle: The Unimaginary Friend.” There’s an amazing lineup of people so if you are in the LA area you should definitely check it out!