On Sunday June 23rd the first ever KCR! Comics Awards ceremony was held at the Kids Read Comics Festival in Ann Arbor, Michigan. The nominees were selected by a committee of teachers, librarians, and retailers, then voted on by kids online and via paper ballots.

The awards themselves were presented as customized LEGO trophies provided by the Ann Arbor District Library, and included a mix of serious and silly categories from Best Graphic Novel to Excellence in Drawing Delicious-Looking Food.

Dave Roman and Jerzy Drozd were the hosts, and introduced all of the amazing presenters. 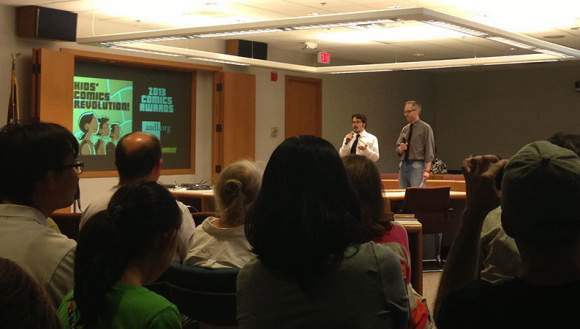 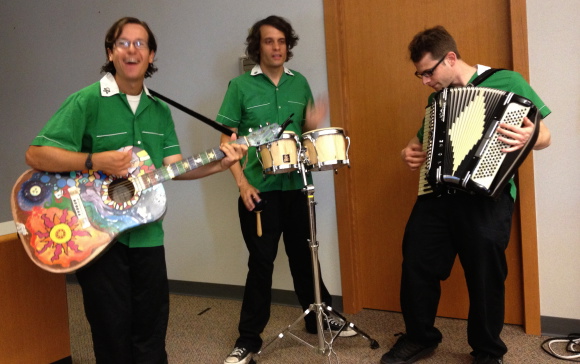 As each winner was announced, the trophies were stolen by evil kidlit villain Vordak the Incomprehensible (played by the book’s illustrator, John Martin)!

Guest presenters also included Aang and Naruto, performed by Kevin Coppa (Puppetbenders). Sadly, because of their felt arms, these heroes couldn’t stop Vordak from continuing to take the awards from the podium!

The final award for “Best Cartoonist/Author” was presented by three talented young artists, Natalia, Olivia, and Ellie (who had also exhibited at the Kids Read Comics festival). The trio tried their best to stop Vordak but were no match for his nefarious tricks! 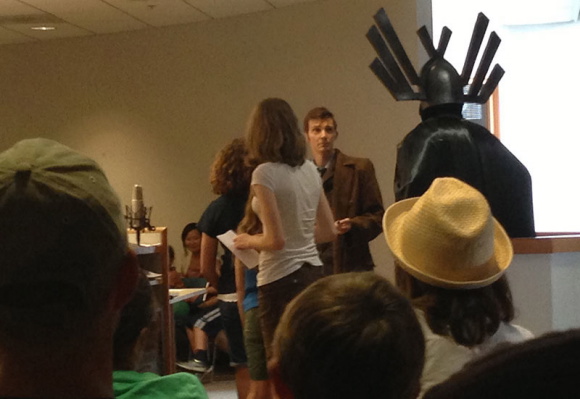 Luckily, the day was saved thanks to a surprise visit from Doctor Who (played by Kevin Coppa), who convinced the thieving Vordak to come along in his time traveling TARDIS and deliver the trophies to their rightful owners. 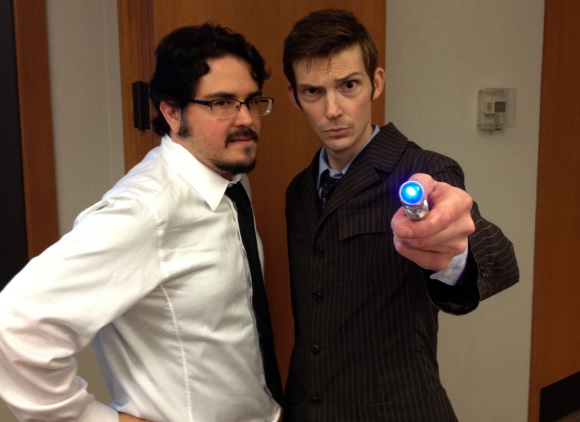 The entire ceremony was filmed in front of a live audience, and will hopefully be posted online soon!

Huge thanks to all the presenters and performers, AADL for hosting, Chris Duffy and Nickelodeon Magazine for inspiring, everyone who voted, and the teachers and librarians who encouraged kids to vote!
Let’s do this again, next year!

The nominees and winners for the 2013 KCR! Comics Awards were…

And the kids chose…
Lunch Lady 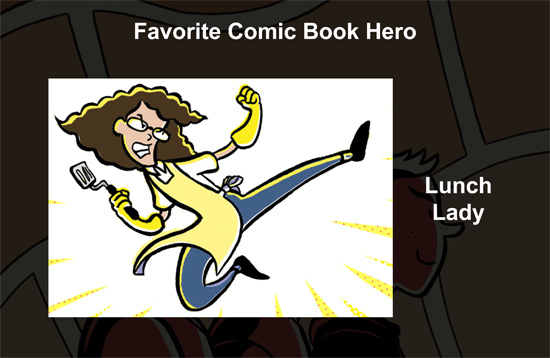 And the kids chose…
Amulet: Prince of the Elves by Kazu Kibuishi (Graphix) 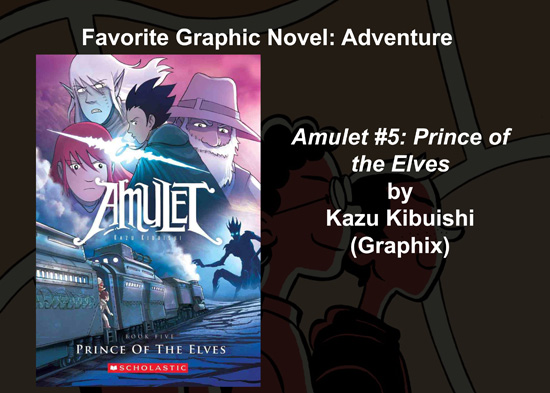 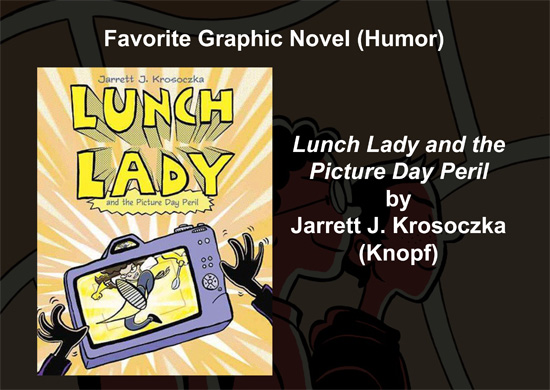 And the kids chose...
Hades by George O’Connor (First Second) 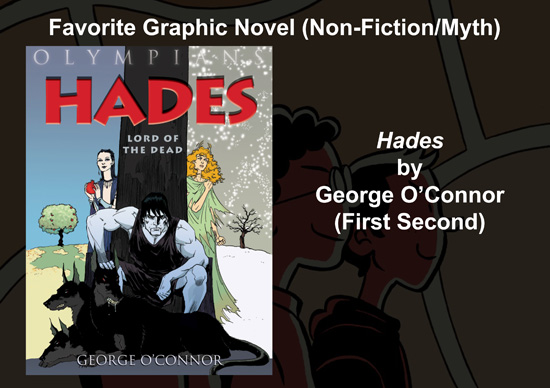 And the kids chose…
Diary of a Wimpy Kid: The Third Wheel by Jeff Kinney (Abrams) 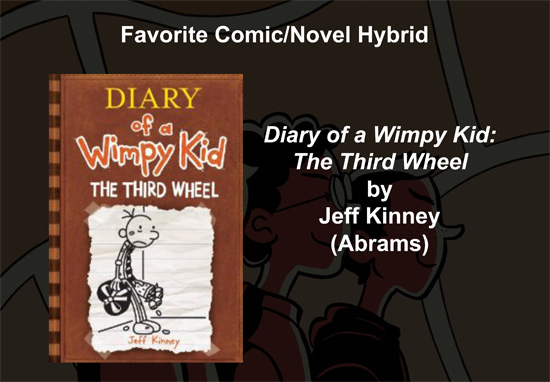 And the kids chose…
Garfield (Boom) 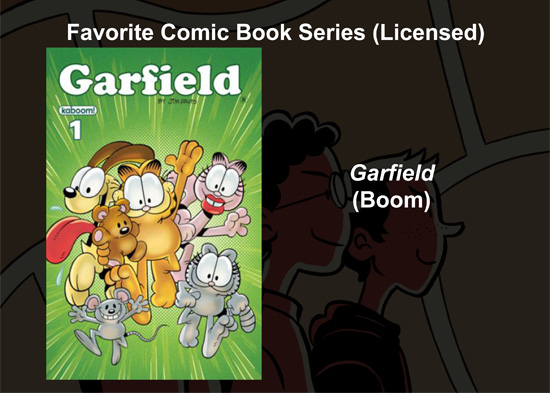 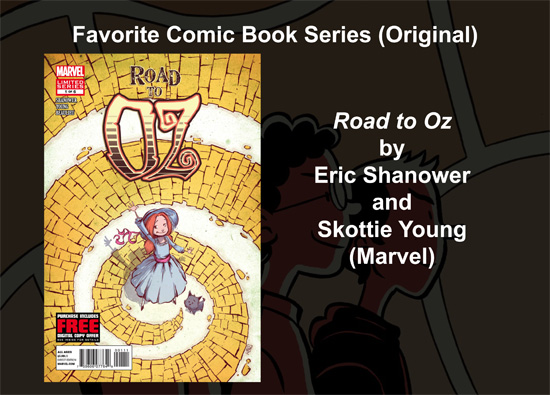 And the kids chose…
My Sister, the Freak by Dani Jones 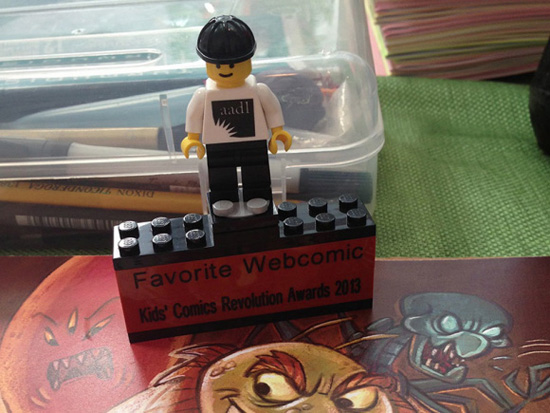 And the kids chose…
The Big Toe of Drool (FangBone! Third Grade Barbarian) 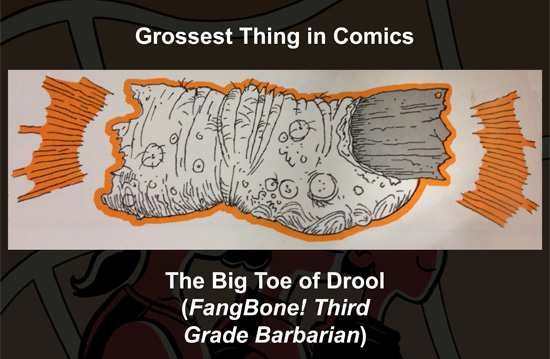 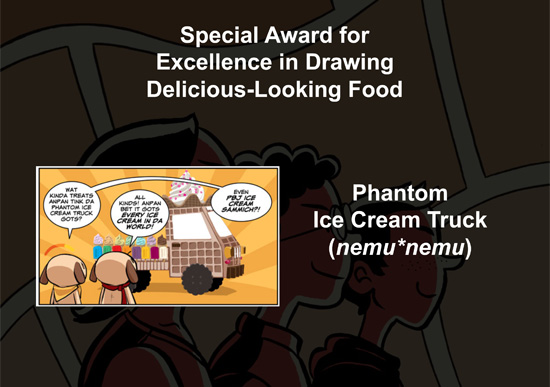 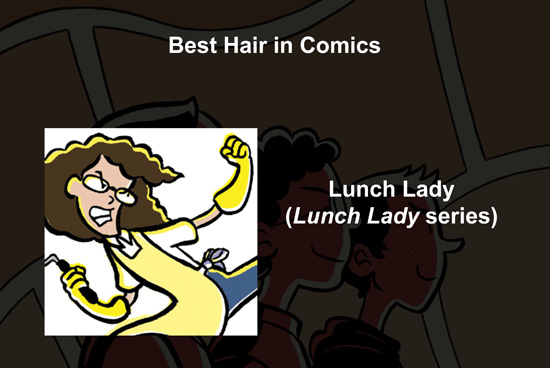 And the kids chose…
Babymouse (Babymouse) 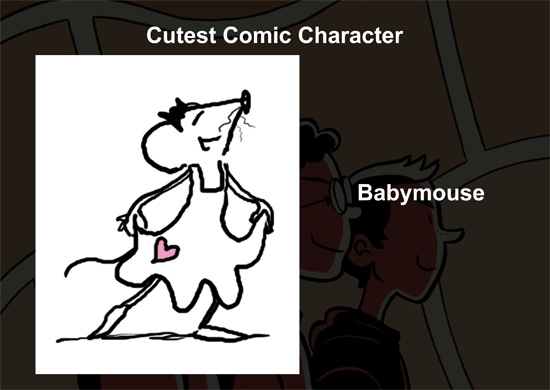 And the kids chose…
Jeff Kinney 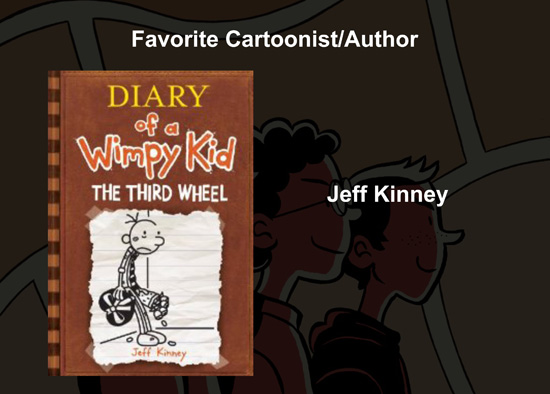 Congratulations to all the winners!

Kids Comics Revolution! is a podcast featuring interviews with authors, illustrators, retailers, librarians, teachers, and people from all aspects of the comics field. Every episode includes book talks from kids or educators, enthusing about the stories and art they love. Episodes can be downloaded via iTunes or streamed online at www.kidscomicsrevolution.com

The KCR! Comics Awards offers kids the opportunity to share their enthusiasm for comics of various styles and formats. Kids cast a vote for their favorite comics and characters across thirteen categories both serious and silly. 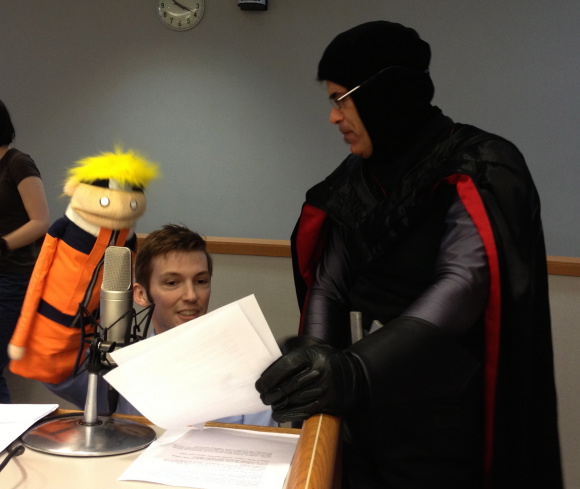 Dave Roman is the author of several graphic novels including Astronaut Academy: Zero Gravity, Teen Boat! and Agnes Quill: An Anthology of Mystery. He has contributed stories to Explorer: The Mystery Boxes, Nursery Rhyme Comics, and is the co-author of two New York Times bestselling graphic novels, X-Men: Misfits and The Last Airbender: Zuko’s Story. Roman is a graduate of the School of Visual Arts and worked as a comics editor for the groundbreaking Nickelodeon Magazine from 1998 to 2009. He lives in NYC with his wife, and fellow comic artist, Raina Telgemeier.
View all posts by Dave →
This entry was posted in Blog Entries and tagged comic awards, KCR, lego, podcast. Bookmark the permalink.