Got to participate in some awesome summer camp programs with young artists in the past week!

First was the Imagination Academy at NYPL 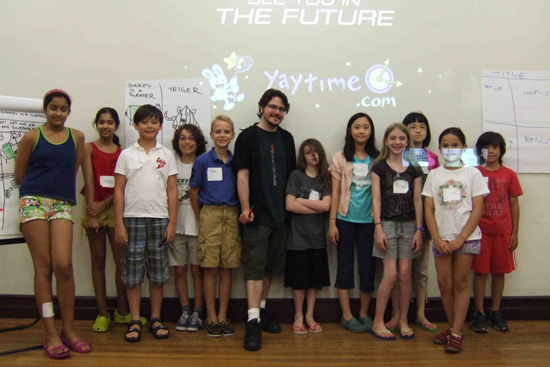 That was followed up with an afternoon with the Summer Illustration Art Academy at Society of Illustrators and a trip to the Hayden Planetarium. 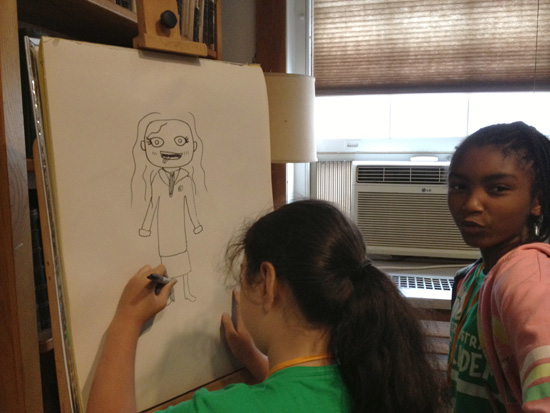 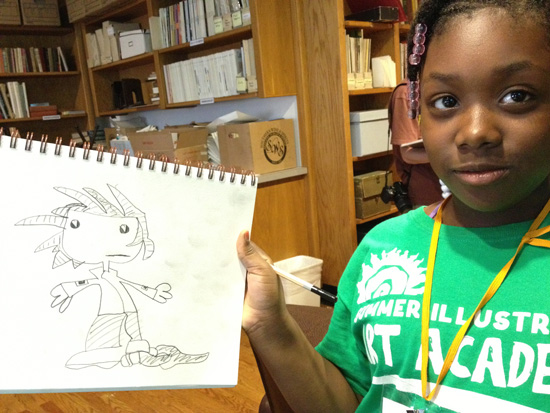 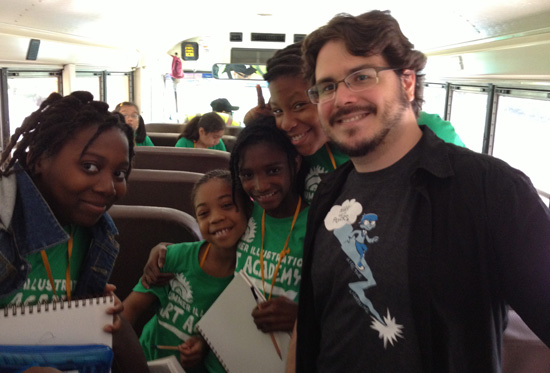 Dave Roman is the author of several graphic novels including Astronaut Academy: Zero Gravity, Teen Boat! and Agnes Quill: An Anthology of Mystery. He has contributed stories to Explorer: The Mystery Boxes, Nursery Rhyme Comics, and is the co-author of two New York Times bestselling graphic novels, X-Men: Misfits and The Last Airbender: Zuko’s Story. Roman is a graduate of the School of Visual Arts and worked as a comics editor for the groundbreaking Nickelodeon Magazine from 1998 to 2009. He lives in NYC with his wife, and fellow comic artist, Raina Telgemeier.
View all posts by Dave →
This entry was posted in Blog Entries and tagged workshops. Bookmark the permalink.