As expected, Raina & I had an amazing time at Gaithersburg Book Festival!

I even appear briefly in this video about the festival…

Our drawing games had a great turn out with super creative volunteers! 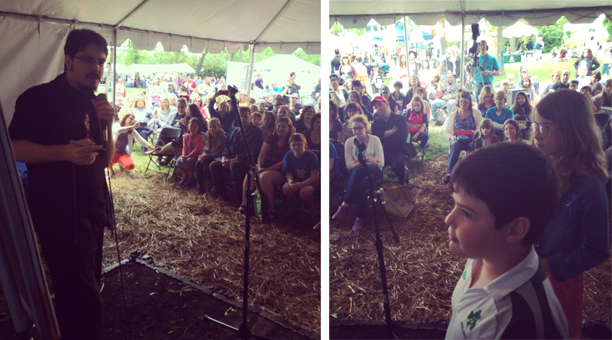 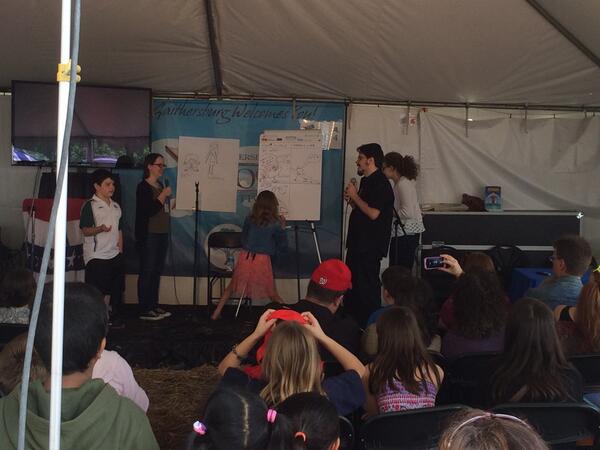 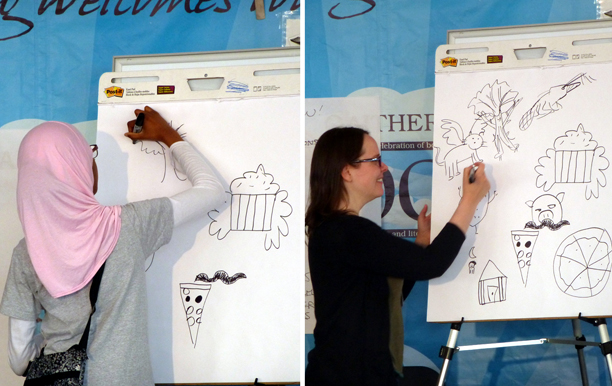 Thanks to everyone who came by to get their books signed and share anecdotes about reading and drawing with us! 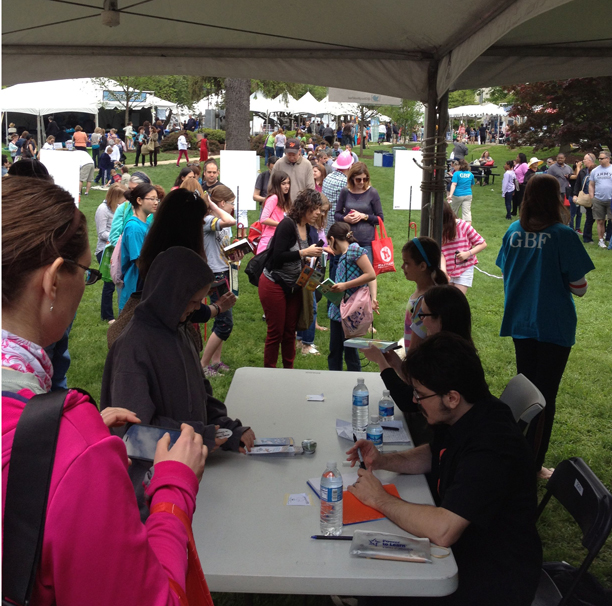 I also got to share the stage with my good friend, Ben Hate (creator of Zita the Spacegirl) for some fun talk about space heroes. 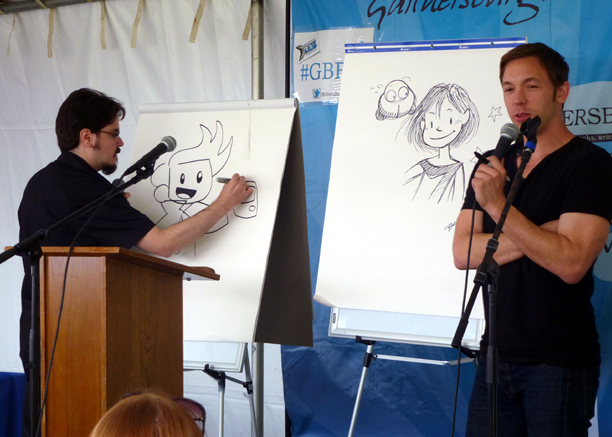 And of course you can’t get two cartoonists on stage without some competitive drawing! 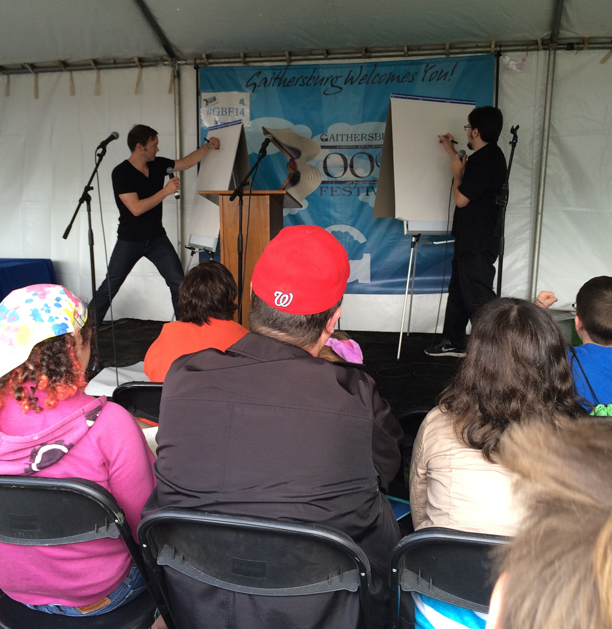 An evil banana driving a dinosaur mech, per the audience suggestion! 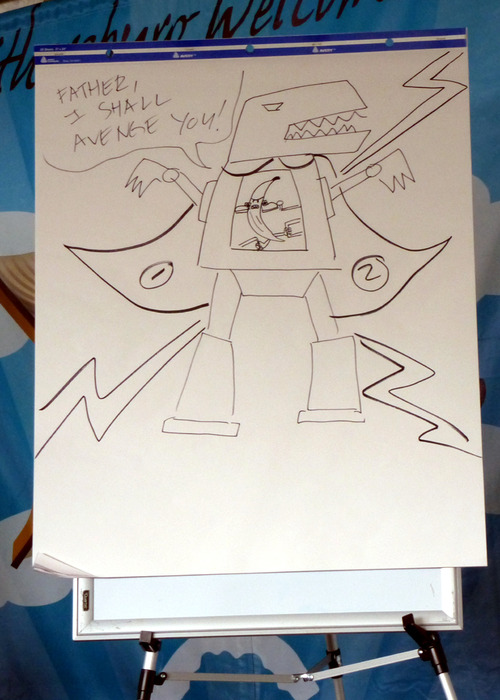 *Some of these photos were borrowed from Tom Angleberger & Eden Miller! A few more are posted at Comicsgirl.Tumblr.com

Dave Roman is the author of several graphic novels including Astronaut Academy: Zero Gravity, Teen Boat! and Agnes Quill: An Anthology of Mystery. He has contributed stories to Explorer: The Mystery Boxes, Nursery Rhyme Comics, and is the co-author of two New York Times bestselling graphic novels, X-Men: Misfits and The Last Airbender: Zuko’s Story. Roman is a graduate of the School of Visual Arts and worked as a comics editor for the groundbreaking Nickelodeon Magazine from 1998 to 2009. He lives in NYC with his wife, and fellow comic artist, Raina Telgemeier.
View all posts by Dave →
This entry was posted in Blog Entries and tagged book festival, Gaithersburg, kidlit, Maryland. Bookmark the permalink.