Do you love kids comics? Remember the joy of the Sunday funnies? Well then Sunday HaHa is what you have been waiting for. A free subscription service where great comics show up in your inbox every Sunday morning! Subscribe HERE.

I’ve been drawing a weekly silent comic with all-new characters named Pup & Duck. I hope you’ll check them out along with the other great cast of characters and cartoonists! 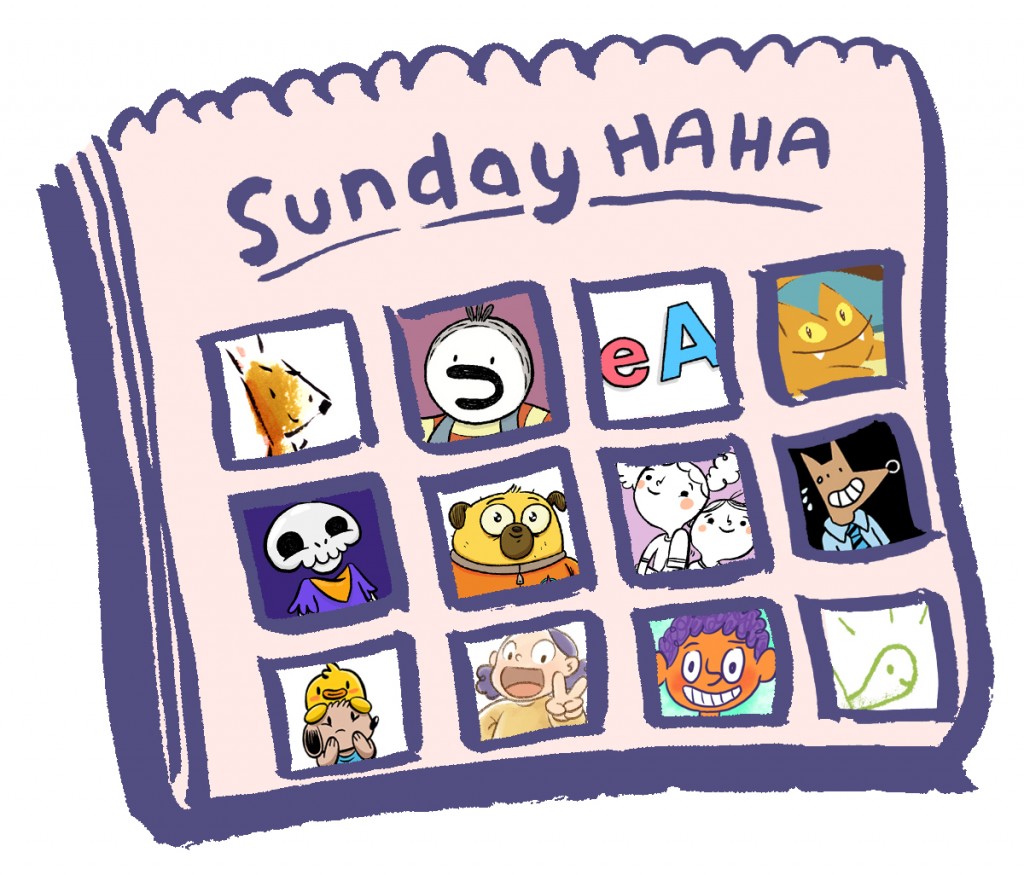 Dave Roman is the author of several graphic novels including Astronaut Academy: Zero Gravity, Teen Boat! and Agnes Quill: An Anthology of Mystery. He has contributed stories to Explorer: The Mystery Boxes, Nursery Rhyme Comics, and is the co-author of two New York Times bestselling graphic novels, X-Men: Misfits and The Last Airbender: Zuko’s Story. Roman is a graduate of the School of Visual Arts and worked as a comics editor for the groundbreaking Nickelodeon Magazine from 1998 to 2009. He lives in NYC with his wife, and fellow comic artist, Raina Telgemeier.
View all posts by Dave →
This entry was posted in Blog Entries and tagged comic strips, cute art, kidlit, Kids Comics, Pup and Duck, sunday funnies. Bookmark the permalink.