Spring has sprung (or will be soon enough). So I guess that means leaving the house? Here’s four places you can find me in the near future (if you look carefully)!

I’ll be in the Artist Alley and will magically appear on panels listed below. http://www.comic-con.org/wca/2017/special-guests

Join author & illustrator Dave Roman (Astronaut Academy, Goosebumps, Teen Boat!) as he teams up with his mom, Miriam (who has never been to a comic convention and is scared to even draw a stick figure), and several audience members to make completely improvised comics. Expect lots of embarrassing stories, crazy characters, and hilarious twists and turns! Room 211

I’ll be hosting a cartoon character workshop and appearing on a panel called Not Just For Kids. Creating Comics For All-Ages. http://dinkdenver.com/

Free Comic Book Day at Bedrock City Comics. Houston Texas. I’ll be signing books and doing lots of free sketches in the early afternoon. Swing by and get some free comics! http://www.bedrockcity.com/content/50/Calendar/

I’ll be hosting a panel about the Science Comics series from First Second books and co-hosting a character workshop with my buddy Alexis Frederick-Frost (Adventures in Cartooning). http://www.gaithersburgbookfestival.org/featured-authors-2/featured-authors/ 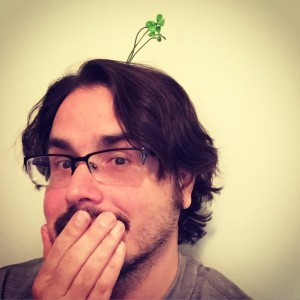 Dave Roman is the author of several graphic novels including Astronaut Academy: Zero Gravity, Teen Boat! and Agnes Quill: An Anthology of Mystery. He has contributed stories to Explorer: The Mystery Boxes, Nursery Rhyme Comics, and is the co-author of two New York Times bestselling graphic novels, X-Men: Misfits and The Last Airbender: Zuko’s Story. Roman is a graduate of the School of Visual Arts and worked as a comics editor for the groundbreaking Nickelodeon Magazine from 1998 to 2009. He lives in NYC with his wife, and fellow comic artist, Raina Telgemeier.
View all posts by Dave →
This entry was posted in Blog Entries and tagged appearances, book festivals, conventions. Bookmark the permalink.

One Response to Spring Events 2017