I had a fantastic time at the Alternative Press Expo this year! 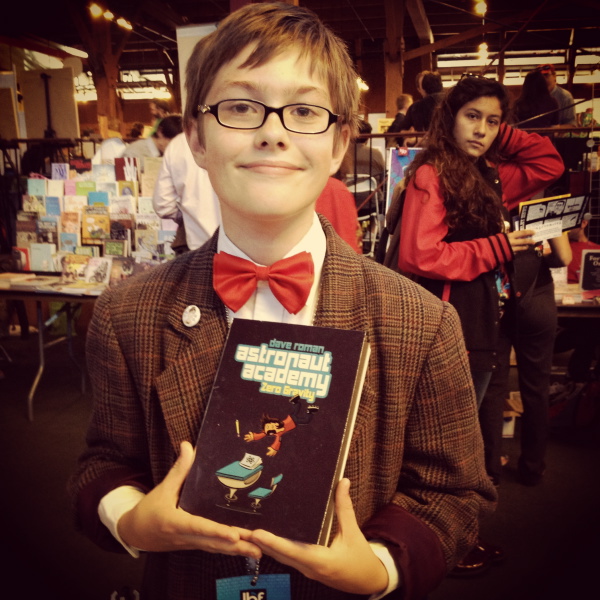 This kid dressed as the 11th Doctor was nice enough to recommend Astronaut Academy to another kid checking it out. 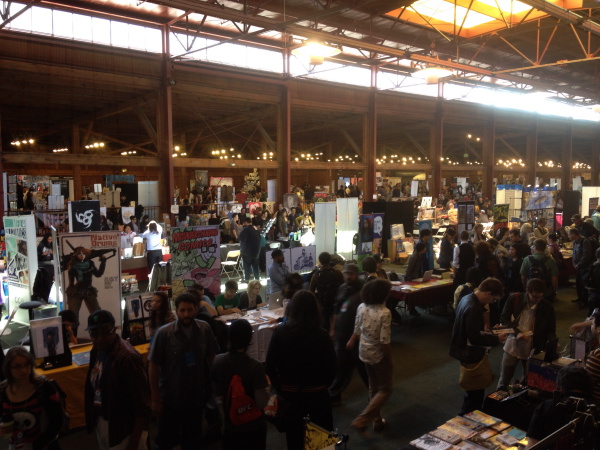 This was APE’s final year at the beautiful Concourse Exhibition Center (supposedly it’s getting torn down to make room for condos?). 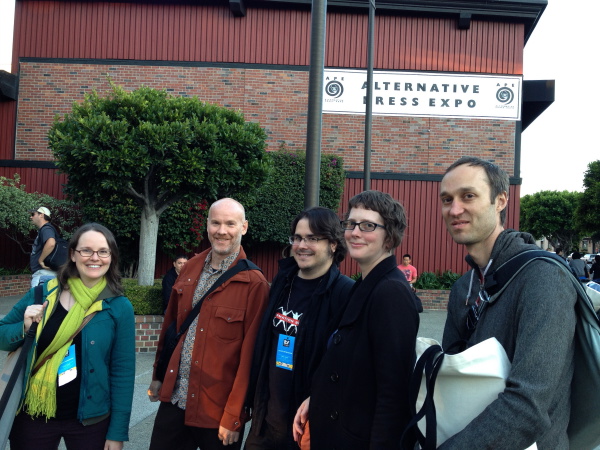 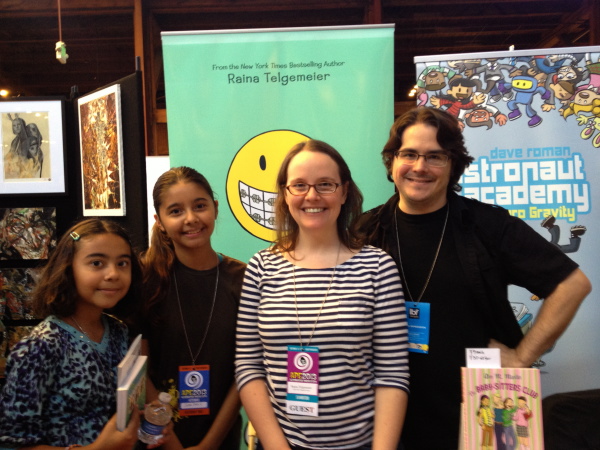 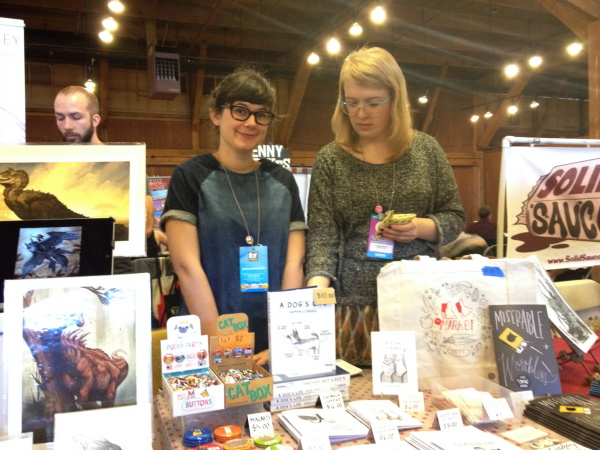 Gemma Correll had some of my favorite comics at the show. 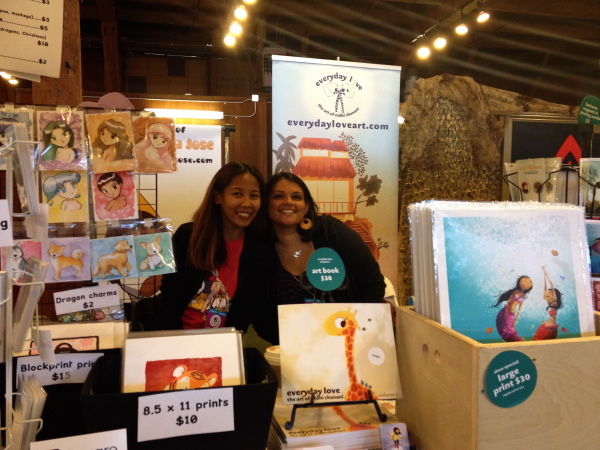 Christina Jose and Nidhi Chanani are awesome artists and super fun to hang out with. 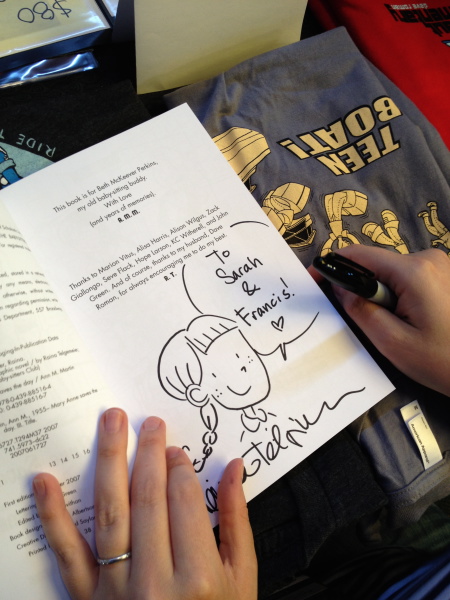 Raina signing a copy of her Baby-sitters Club graphic novel. 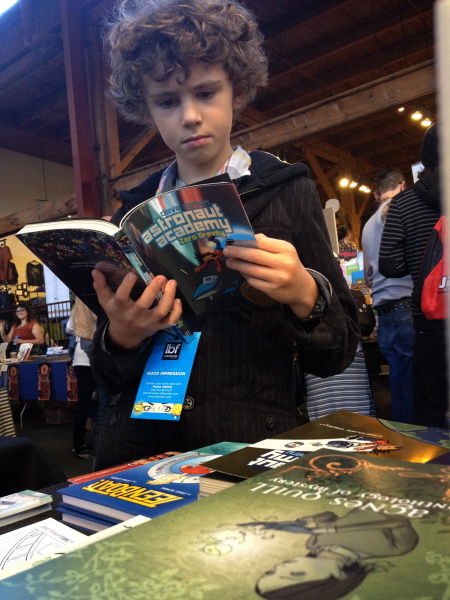 This kid gave Astronaut Academy a discerning read through before making an informed purchase. 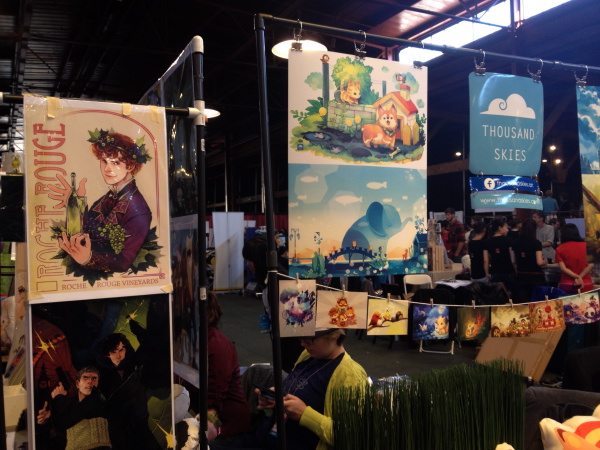 There was a booth entirely dedicated to Benedict Cumberbatch fan art. 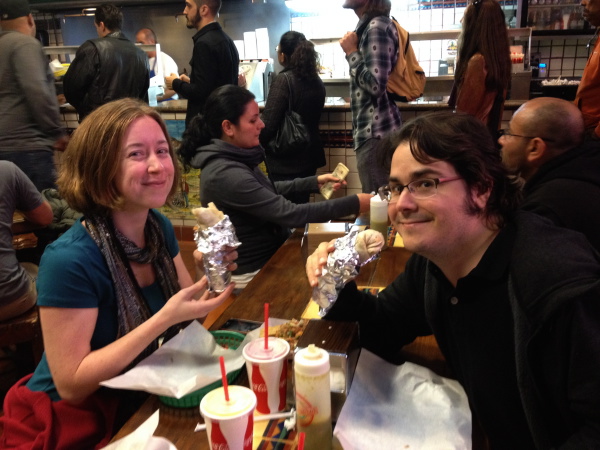 We were happy to introduce the magical carnitas burritos at La Taqueria to our pal Katie Shanahan. 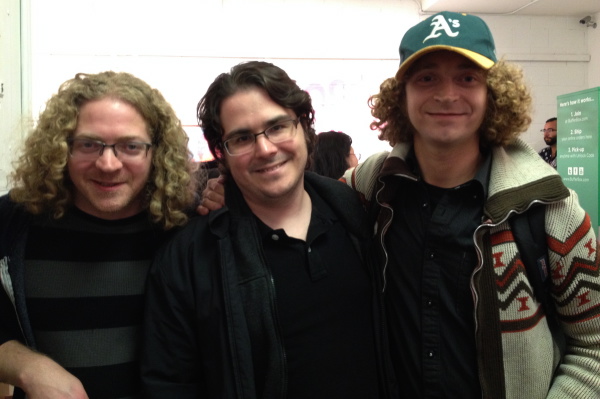 Hanging with Andy Ristaino & his brother Mark at the Mission Comics party. 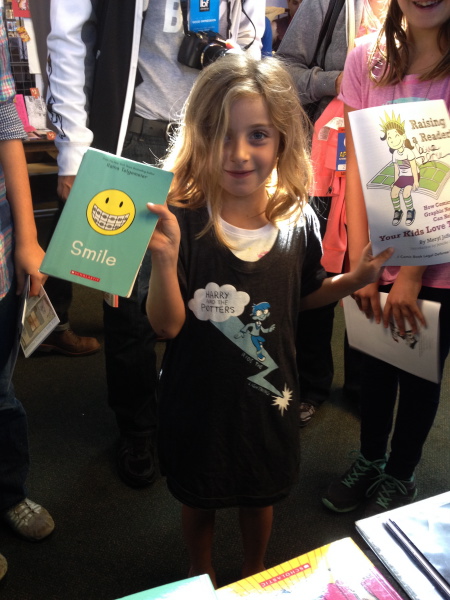 Happily walking away from our booth with a copy of Smile, a Harry and the Potters t-shirt & a CBLDF Raising A Reader booklet. 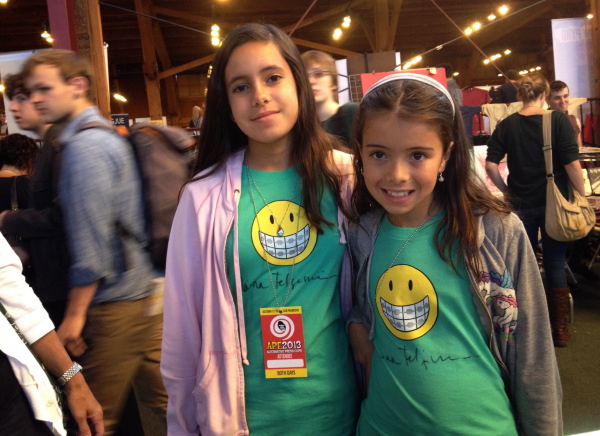 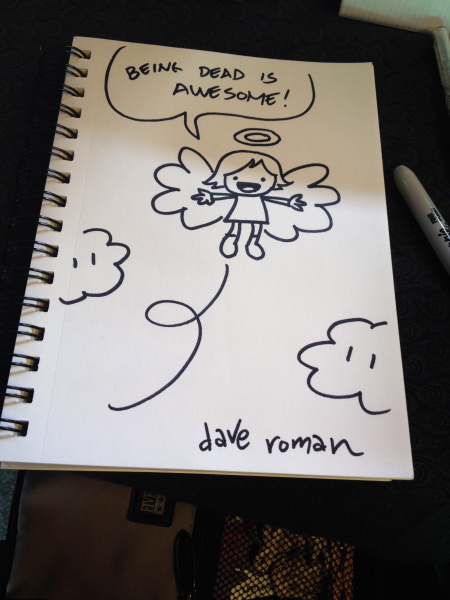 Doodle in an angel-themed sketchbook. 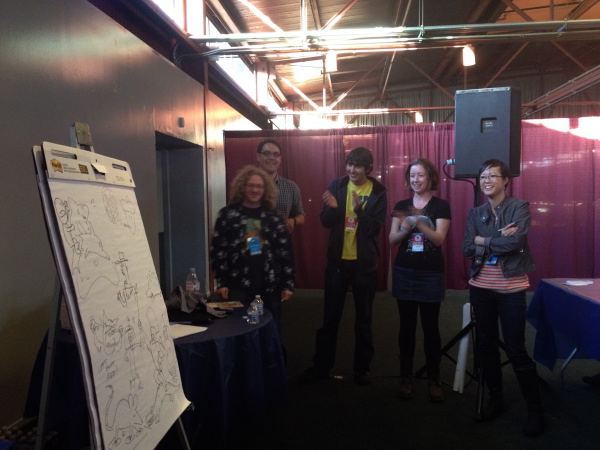 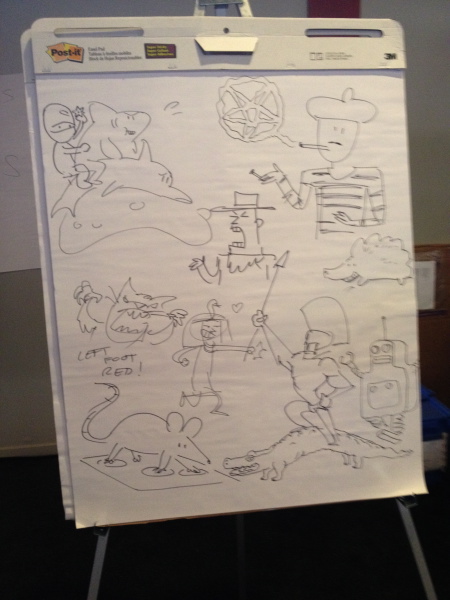 The Epic Draw finale to the Quickfire competition. 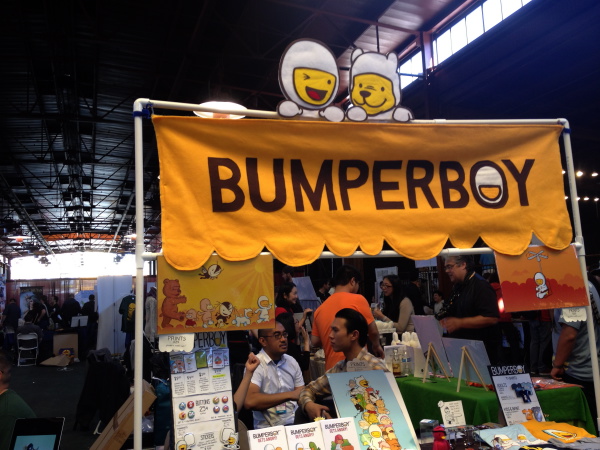 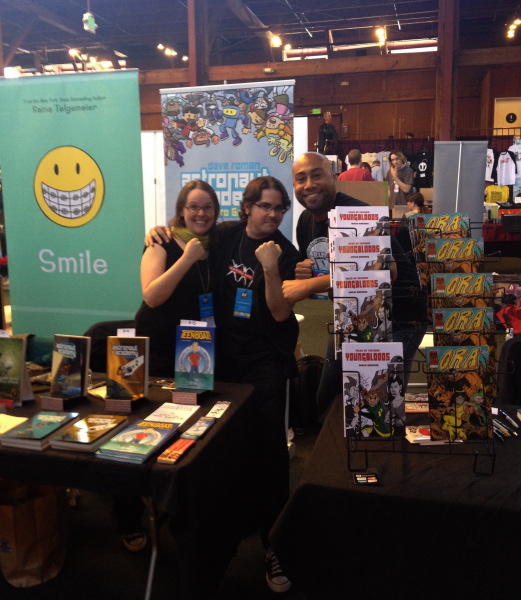 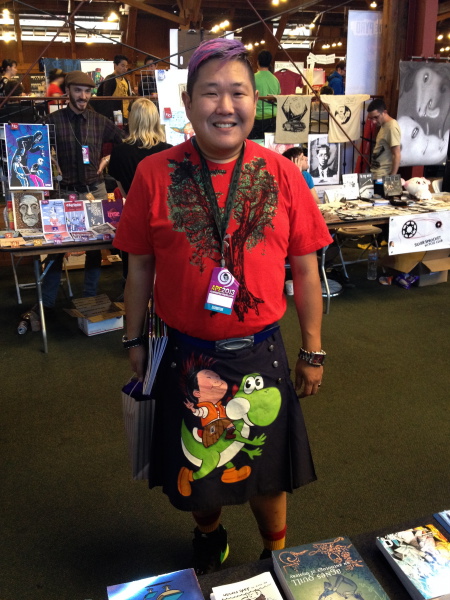 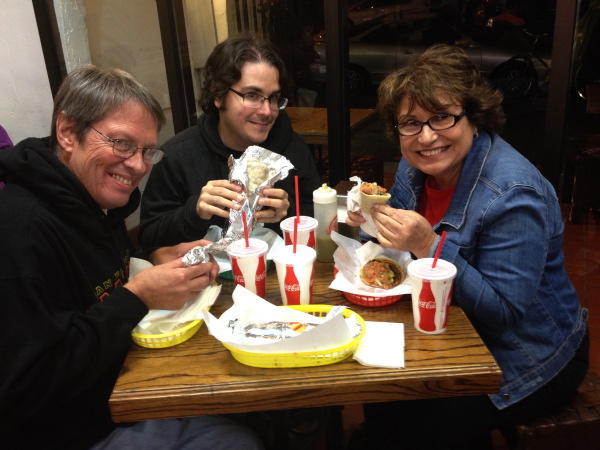 Back for more burritos with Raina’s family at La Taqueria in the Mission district. 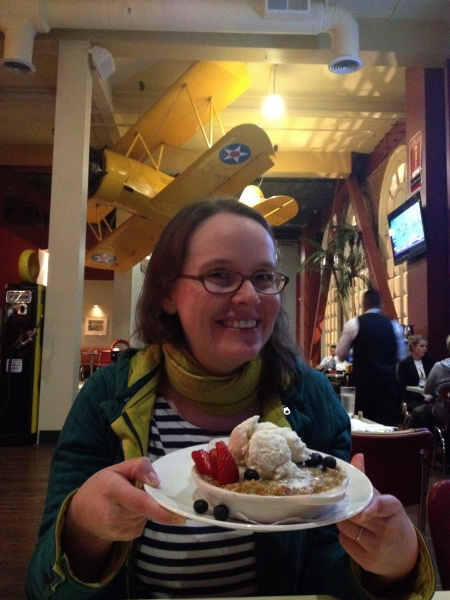 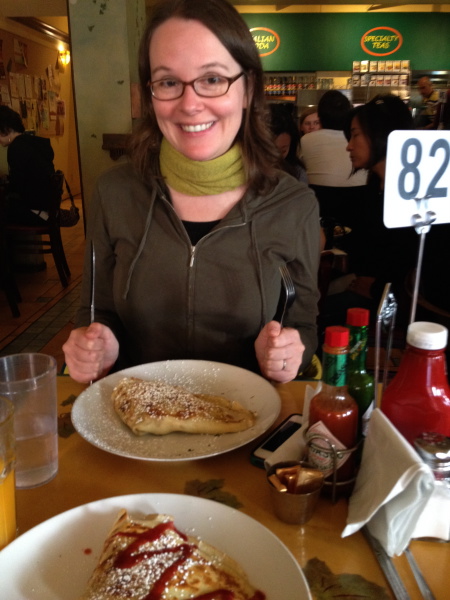 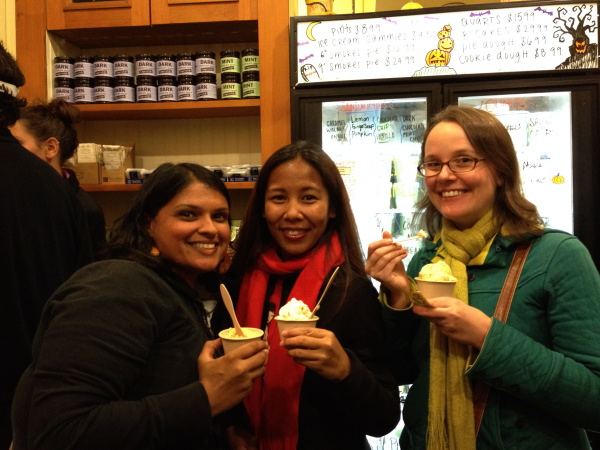 A late night run to Bi-Rite Creamery with Nidhi and Christina. 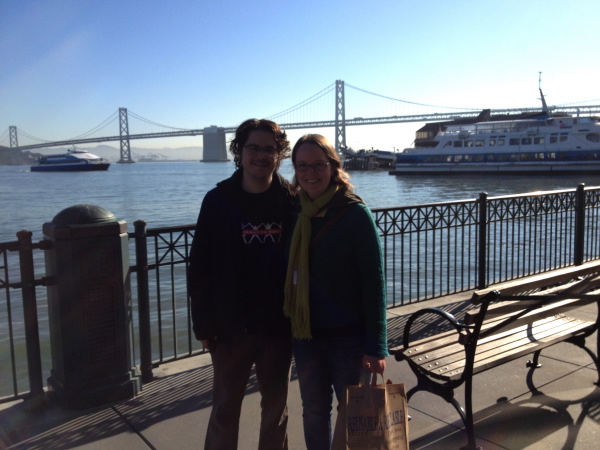 Exploring the markets at the Ferry Building for more delicious food and gifts. 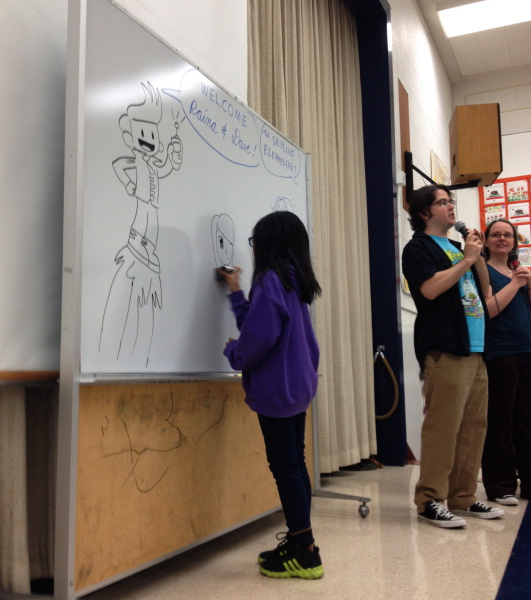 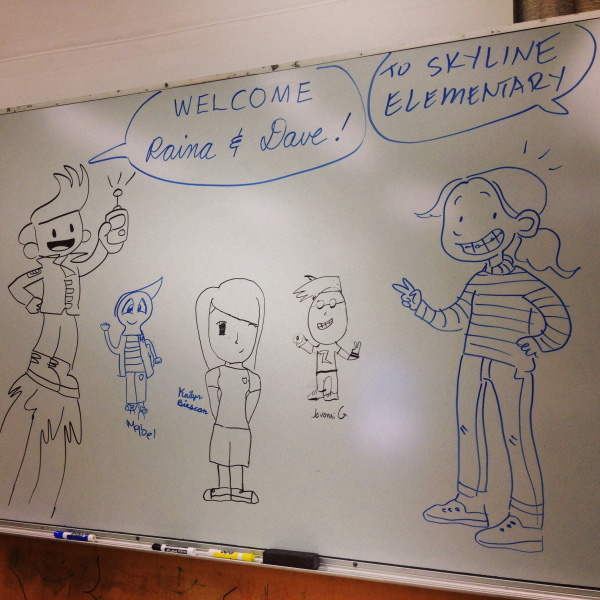 Future cartoonists help us out. 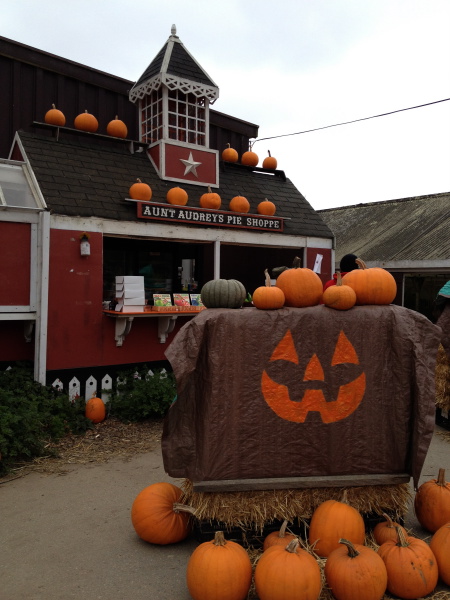 Adventures at Pastorino’s Pumpkin Patch in Half Moon Bay 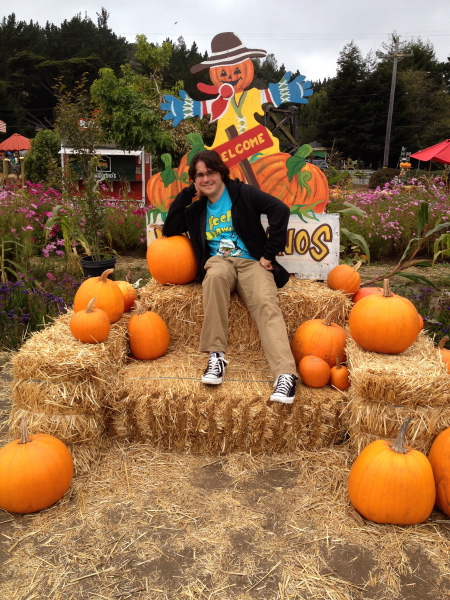 I AM THE PUMPKIN KING! Autumn is coming. 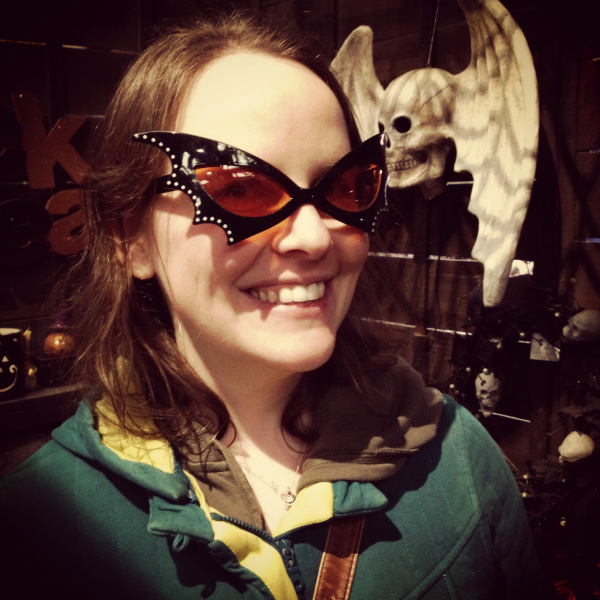 Now Raina is ready for Halloween! 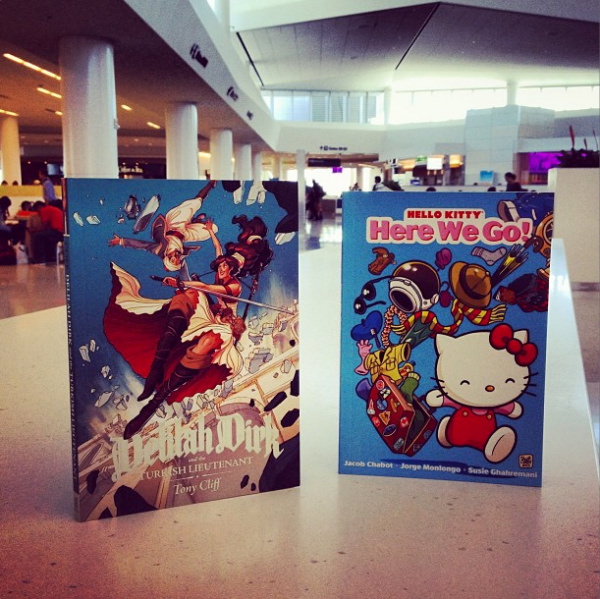 Picked up some books at the airport: Delilah Dirk by Tony Cliff & Hello Kitty: Here We Go by Jacob Chabot.

Some more photos from our fun in San Francisco over on our Flickr page.

Dave Roman is the author of several graphic novels including Astronaut Academy: Zero Gravity, Teen Boat! and Agnes Quill: An Anthology of Mystery. He has contributed stories to Explorer: The Mystery Boxes, Nursery Rhyme Comics, and is the co-author of two New York Times bestselling graphic novels, X-Men: Misfits and The Last Airbender: Zuko’s Story. Roman is a graduate of the School of Visual Arts and worked as a comics editor for the groundbreaking Nickelodeon Magazine from 1998 to 2009. He lives in NYC with his wife, and fellow comic artist, Raina Telgemeier.
View all posts by Dave →
This entry was posted in Blog Entries and tagged APE, conventions, events. Bookmark the permalink.

One Response to APE Photos 2013