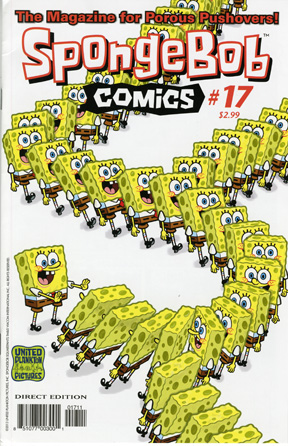 After years of helping edit SpongeBob SquarePants stuff at Nickelodeon Magazine, and spending the past year writing one page stories for the SpongeBob comic book (published by Bongo), I can now add having drawn a SpongeBob comic to the list! I wrote a drew a one pager called “Secret Tunnel” that appears in issue #17 of SpongeBob Comics. Like the one’s I’ve written for past issues, it is a fill-in the blanks story but this time drawn by me & completely in my own art style! Huge thanks to editor Chris Duffy for giving me this fun opportunity.

Here is a sneak peek. 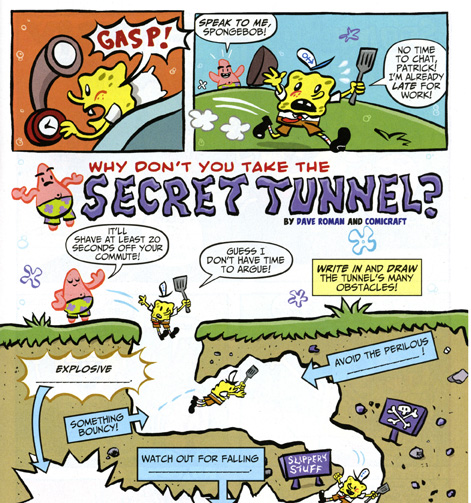 Dave Roman is the author of several graphic novels including Astronaut Academy: Zero Gravity, Teen Boat! and Agnes Quill: An Anthology of Mystery. He has contributed stories to Explorer: The Mystery Boxes, Nursery Rhyme Comics, and is the co-author of two New York Times bestselling graphic novels, X-Men: Misfits and The Last Airbender: Zuko’s Story. Roman is a graduate of the School of Visual Arts and worked as a comics editor for the groundbreaking Nickelodeon Magazine from 1998 to 2009. He lives in NYC with his wife, and fellow comic artist, Raina Telgemeier.
View all posts by Dave →
This entry was posted in Blog Entries and tagged Nickelodeon, Spongebob. Bookmark the permalink.