This week is the tenth anniversary of First Second Books! To celebrate, Travis Jonker and School Library Journal asked a bunch of First Second authors to redraw the cover of one of our favorite First Second books by another author. I drew a homage to Delilah Dirk and the Turkish Lieutenant by Tony Cliff. And the amazing George O’Connor (Olympians) did a fun rendition of my Astronaut Academy: Zero Gravity!

It’s been a unique privilege to have my books be in such great company. Love and hugs to everyone at First Second past and present and wishing them another 10 years of great graphic novels to their legacy.

Check out all the great cover tributes over at School Library Journal! 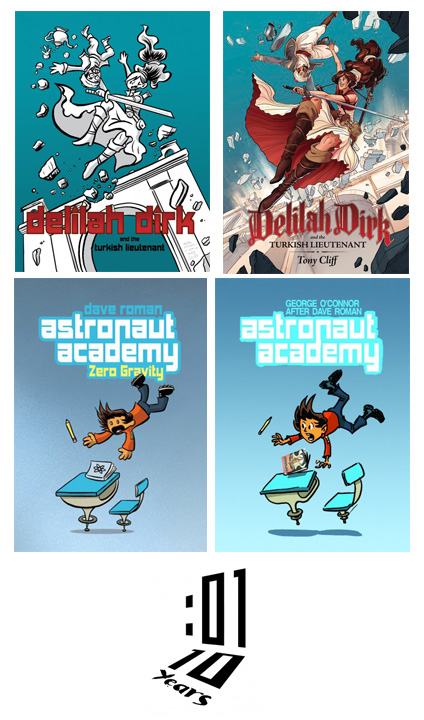